Hey everyone! Today I am excited to be a part of the blog tour for a fellow author and blogger, Keren Hughes! There are a lot of goodies in this post, so stick around and make sure to enter her giveaway at the end! Nothing Like the First Time is Keren’s first New Adult book about the power of first love and the steam that comes with it. Thank you for having me on the tour Keren!
Guest Post:
Keren’s Favorite Book Boyfriends.
Honestly, this is a hard topic to discuss. I feel like I don’t know what to say and yet I could talk forever about the loves that I have encountered in the book world.
My first love was Dimitri Belikov. He is the epitome of raw sexiness. I read Vampire Academy some years ago and I absolutely fell head over heels for Dimka. He is the reason I got so sucked into reading.
To name other book boyfriends though? Well, there’s Christian Grey, Sergei Salkov (Queen of Someday by Sherry Ficklin), Luke Carter (Starting Over by Evan Grace), Marc Romano (Falling To Pieces by LT Kelly) these are just a few of my most recent loves.
Some of my older loves are Valek (Poison Study by Maria V. Snyder), Doyle, Frost and Mistral (Merry Gentry series by Laurell K Hamilton.
I have very eclectic tastes in books and I give my heart away to so many men. But my favourite book love of all has to be Greyston Sterling. He’s my main character in Nothing Like The first Time. I love him with all my heart and soul. Why? Well it’s a long story but to cut a long story short; Grey is a composite of several of my exes but mostly he is modelled after my own first love, Mark.
I was 18 when I met Mark and he was by far the most amazing man I had ever met. Though things didn’t work out between us and he is now married with a child, he is still my best friend and there is still a little piece of my heart lost to him, a piece that would take him back if he was single.
So Grey was a hard guy to write but also easy. That might not make much sense to you, but it’s true nonetheless. I made him the kind of guy that Mark is, with a touch of other exes here and there for good measure—certain elements of the book are real life events that happened to me—and I made the story something like how I wished Mark and I could have turned out. 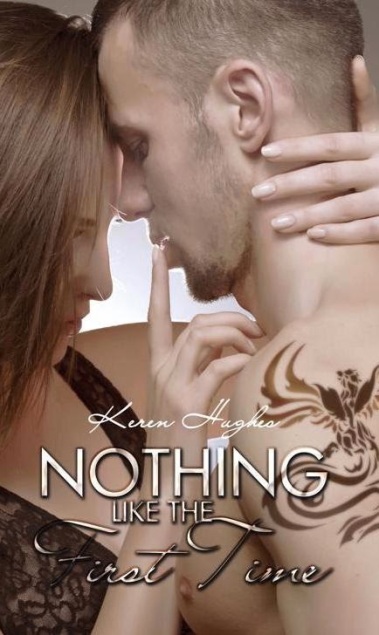 Carly Summers and Greyston Sterling were each other’s first kiss, first sexual experience, first love, first everything…
They were a match made in Heaven, that was, until Grey took a job as a freelance photographer which took him to the other side of the world. When it came down to a choice between his career and his girl – he chose his career.
Now, 10 years later, Grey’s back in town and wants to see if they can rekindle what they had all those years ago. Carly has had relationships but nothing that lasted. No one ever compared to Grey.
But how can they if he’s engaged to somebody else? 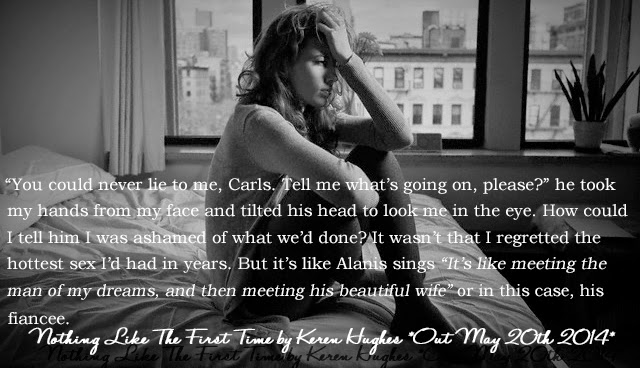 “So
your career comes before me?” I asked, already knowing the answer. “At least
look me in the eye and answer me, it’s the least you owe me Grey.”
“I
don’t want to have to choose Carls,” he said as he caught my eye. “I just don’t
want to miss out on the experience of a lifetime. I get to see amazing things,
capture them on film while I experience the different cultures.”
“Just
answer the question Grey – you want your career more than you want me.” I
started to cry again, I had wanted to get through this without crying but I was
fooling myself when I thought that.
“I’m
sorry Carls,” he said as he took my hand into his. “I love you, I always will.
But this is the opportunity of a lifetime, it may never happen again. I need to
do this. I’m not making a conscious choice to put you second but if you weren’t
so stubborn, you’d come with me like I asked.”

“This book really makes you believe in love forever and happy endings.” -Kay
“This book has everything you need in a romance novel: love, heartbreak and even a little suspense.” -Vikki Love

Over the years she has come to realise that she is a bit OCD about books. They have to be in perfect condition without the slightest bit of damage.
She is a book reviewer and has been for the past 18 months or so.
The idea for Stolen came to her one day but she never thought she’d actually write it let alone publish it. If it wasn’t for her author friend Kira Saito, the idea would still be stuck in her head not on paper. But constant love and support from Kira is why you are now able to read Stolen.
Stolen is her first novel but now that she’s written one, she knows she needs to write more. There will be one sequel, called Freed which will be from Bodhi’s POV. This will be set a couple of years on.
Then, the plan is for her to write either NA or Adult Contemporary Romances. She has a big crush on Lady Antebellum’s music at the moment and their songs have inspired a few book ideas.
Keren loves hearing from her readers and if you want to contact her, you can do so at any of the following places:
Email: kerentshughes@gmail.com
Twitter: @Keren_Hughes
Facebook (review page): www.facebook.com/GothicAngelBookReviews
Facebook (author page): www.facebook.com/kerentshughes
Review Blog: www.gothicangelbookreviews.blogspot.com

GIVEAWAY: Use the Rafflecopter form below to enter Keren’s giveaway!