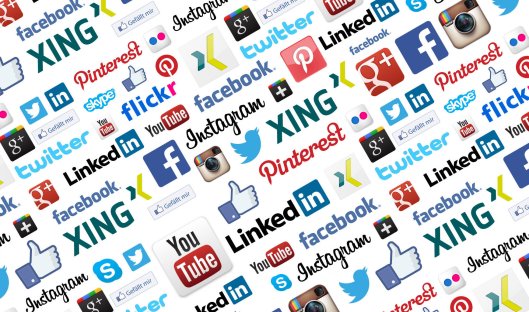 I’ve been thinking about Facebook and social media a lot lately. I think social media, especially Facebook, gives us a false sense that we are communicating with our friends and family. It makes us believe we know what is going on in someone’s life because we see their posts and click the like button and maybe even write a little comment and they might do the same in return.

Here is the thing.

We aren’t actually having a personal dialog with these people. We don’t necessarily know what is going on in their lives, only what they choose to post publicly. If we don’t communicate outside of those posts then we don’t know anything more than that. Some people post almost everything that happens in their daily life, but others are very selective or don’t take the time. I used to post about almost everything, but over the past several years, I have grown and changed. I’ve turned into a selective person and generally just post about big events or something that relates to reading and writing or one of my other interests. If you only look at my posts, you are only getting a tiny fragment of my life; I have so much more going on. My life has changed significantly in recent years and in ways I’m a different person then I was just a few years ago.

I think people have this false relationship with me and believe we are communicating and engaging in each other’s lives and I’m certainly guilty of living in the false sense of friendship as well, but it isn’t real communication. It isn’t a real relationship. It doesn’t compare to when I used to spend hours on the phone with my friends talking and having real dialog, getting deep and very personal about things I wouldn’t want everyone to know and I certainly wouldn’t be posting about on the internet. It’s not the same as sending a letter, email, or even a text message and corresponding directly with that person. We aren’t keeping those personal connections anymore. Social media is great for mass communication to a bunch of people at once and being able to advertise and promote stuff, and even finding people we lost touch with for various reasons, but it’s truly hindering our interpersonal communication and our relationships. I have people who I used to be really good friends with but now we’ve morphed into Facebook friends. We just don’t talk outside of Facebook anymore. How did this happen? When did it become so uncomfortable to talk to someone on the phone, or it just become not worth our time? Why is it easier to just post on the black hole that is Facebook instead of reaching out directly to the people who mean the most to us? Honestly, there are very few people I feel connected to anymore and I think this is part of the problem.

Don’t get me wrong, I love that social media exists and the Internet and am thankful for it. I wouldn’t have met one of my best friends if it weren’t for the Internet and social media because that is how we met. We’ve never been in the same state, but our conversations grew from social media messages, to emails, to texts, to phone calls. We don’t get to talk on the phone much, but when we have it helped grow our relationship. We are such good friends because we text each other almost every day to see how the other is and check in and are always there when the other needs to talk or vent. Especially, since I don’t usually vent on Facebook any longer. I grew out of that and instead talk my frustrations out with my husband or my friends in person or through emails or text messages.

I just think it’s really sad and tragic how our communication has changed. I hate how I don’t feel connected to people I used to be very close with and this isn’t me blaming those people because as I mentioned I’m guilty of this as well. I get stuck just paying attention to Facebook and don’t reach out to people personally.

This isn’t meant as a rant, but to try to make people think; to encourage people to close out of social media once a day or week and reach out to someone they haven’t talked to in a while outside of social media. Find out what is truly going on in their lives and engage in a dialog. Don’t let communication and relationships get lost in favor of a façade. Engage with people. Build real relationships. Connect!

Good Afternoon Everyone!  I’m so excited to be part of the blog tour for this debut author! I was lucky enough to meet Tammy when I was a contractor where she works her day job, and had the pleasure seeing her almost every day of the work week for a little over a year. One day I overheard her talking about writing and as I writer myself I was nosy and butted into the conversation and learned that she wrote a book and was in the process of editing it and publishing it. We talked and I enthusiastically volunteered to help since I blog as well. I patiently waited as she worked through the process until I got contacted to be a part of the blog tour and was given a review copy. Unfortunately I couldn’t read it until recently because I was in college and I knew if I started the book all homework would be ignored. This book was worth the wait and I’m so happy to have finally read it and can share with all of you. So keep reading because you will want to add this one to your shopping cart! 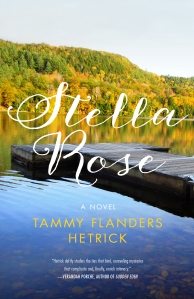 Upon Stella Rose’s death, her best friend, Abby, moves to rural Vermont to take care of her sixteen-year-old daughter, Olivia. But Abby struggles to connect with Olivia and she soon finds guardianship of a headstrong teenager daunting beyond her wildest misgivings. Despite her best efforts, and the help of friends old and new, she is unable to keep Olivia from self-destruction. As Abby’s journey unfolds, she grapples with raising a grieving teenager, realizes she didn’t know Stella as well as she thought, and discovers just how far she will go to save the most precious thing in her life.

Stella Rose’s physical form has left the world, but her spirit is still everywhere. She leaves behind a daughter, Olivia, and many people who love her dearly. The story is narrated by Stella’s best friend, Abby, who takes on the responsibility of moving into Stella’s house to take care of Olivia.

The novel is divided into months, each section consisting of a season, and each chapter being a different month following the death of Stella Rose. Stella, who died of cancer managed to plan out the year following her death by writing letters and preparing gifts for Olivia and Abby. The rules are that they have to open them together and can only open the one designated per month. We follow through the stages of grief and watching these characters trying to continue their life with the help of Stella via the letters.

The pacing of the chapters and how they are split up into months is perfect. The author paints a beautiful picture of Vermont through all of the seasons, which I love as a Vermont resident. It is fun to recognize names of places as well as places I’ve never heard of or been to.

The characters feel very real and are imperfect as all humans. I think everyone will find ways in which they can relate to these characters and their struggles, especially anyone who has experienced loss.

The story is poignant, filled with such heart it seeps through every page. There is such honesty about life, love, friendship, loss, secrets and the mess of it all. So many passages of this novel hit me deeply, some just because of how closely I could relate to the situation, like becoming angry at the person who died, or because of the true lifelong friendships that existed. The friends in the novel were friends since childhood, and the relationship they have, I envy. I have some great friends, but the level of friendship in this novel is beautiful and I think rare.

I love, love, loved this novel. It is a fantastic well-crafted debut novel by Mrs. Hetrick, so grab a box of tissues and get a copy!

Tammy Flanders Hetrick has been telling stories all her life, refining her skills at age ten through marathon tag-team storytelling with her best friend, honing her craft through decades of business writing, and ultimately finding joy in extracurricular creative writing. She has published short stories in Your Teen Magazine, Blue Ocean Institute’s Sea Stories, and Route 7 Literary Journal. In 2009 she was recognized with the Outdoor Industries Women’s Coalition’s Pioneering Woman Award for coaching and mentoring women in the workplace. Hetrick lives in Vermont with her husband of thirty years, their two cats, and a beagle/miniature bull mix. Her website is http://www.tammyflandershetrick.com/.

Throw Back Thursday! Today I’m sharing a poem I wrote in a college poetry class in 2011.

He stumbles through the door
Coming to be with me.
Driving from afar,
Barley able to see.

Not knowing the pain he felt,
Would be so much more.
I listen to the slur of words
Poring from his core.

A flash of memories
Spirals through my head.
His innocent face
Looking back at me.
Hours spent on the phone.
Talking endlessly about anything and everything
He managed to escape for a night with me
At a homecoming dance.
We danced the night away
Before the magic slipped away.
Time went on.
One thing staying constant,
You and I.
A rainy day you ran away,
Hiding from danger.
You came to me.
I have always been your person

I stand here now
Wondering how it became this bad.
Seeing the mess in front of me,
I wonder how he is not dead.

His eyes glossy,
He shares his pain.
The girl who broke his heart
After he gave her everything.
Sharing those precious secrets with her
That only I had known before.
In the end love lost
Leaving only his best friend,
Me.

Hours went by before he was able to drive
Promising he would go right home.
I should have known.
He took the bottle from the backseat.
Never expecting the chrome
To collide with a tree.
Not knowing what happened.

He wasn’t aware of the glass in his hair
Unable to understand where the blood was coming from,
He fumbled with his phone,
Blood smearing from the gash on his thumb.

The message I received,
Was a disjointed mess.
I was only able to make out one word,
Blood.
Fear ran through me
Knowing what he wouldn’t want to confess.
The mistake I made by letting him go.
I felt disappointment arrive
Then anger and guilt followed.
I never thought he would lie to me,
Knowing how much I Abhor
Drinking and Driving.